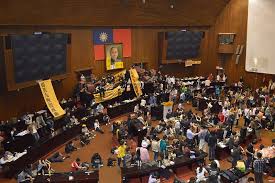 I don’t usually write long posts on Facebook, but here is a bit of introspection.

I lived in Taiwan during the formative years of my childhood, and with my family still there, naturally I would care about what is happening in my country. I write this with mixed emotions. Even now I feel weird referring to Taiwan as a country. Because many people will no doubt correct me that ‘No, Taiwan is not a country’ – ‘because it is not part of the UN’, ‘did you not know that your government still claims jurisdiction over mainland China?’, ‘It is part of China’ or ‘It is China’. I am not here to debate technicalities; please spare me things which I already ‘know’, and have lived my life trying to understand and reconcile. I merely ask the question: how do I refer to the place I am from, if not a country? I have always ‘felt’ like it was a country, and it has the semblance of one. For the sake of political correctness, should I be calling it Taiwan, China, Republic of China – depending on who I am talking to? Even the above feels like a crude summary. I believe this crisis of identity has been something that has affected my Taiwanese friends as well.

My first realisation that the physical and figurative boundaries of Taiwan, its legal status and its ‘moral’ status as a country misaligned happened when learning mandarin in New Zealand. Multiple texts in the Taiwanese school curriculum use the phrase “my country” (我國) when referring to both Taiwan and China, in a variety of contexts. It was a difficult concept to grasp for any child in primary school, especially one not living there.

Until I became a New Zealand citizen last year, despite having lived here for over 15 years, I have somewhat struggled to call any place ‘my country’, but not because I didn’t want to. In New Zealand I am often asked the question ‘Where are you from?’ (I do want to call New Zealand home, but that question itself insinuates that I ought to answer somewhere other than here), and thus I am always reminded of the ambiguous nature of country’s status. I also want to call myself “Taiwanese”, but legal documents and people often imply that I am confused, or worse wrong.

I also write this because news have come out that student protesters stormed and occupied parliament to protest (both the procedure and the substance of) a trade deal with China (PRC) after Parliament unexpectedly (and possibly unconstitutionally) moved the agreement to a vote and reneged on its promise to scrutinise the agreement via an internal committee. This happened today, and my cousin is among the 2000+ protesters that has now rallied outside. She has also been giving me live updates and asked me spread this message. I merely added my own experiences.